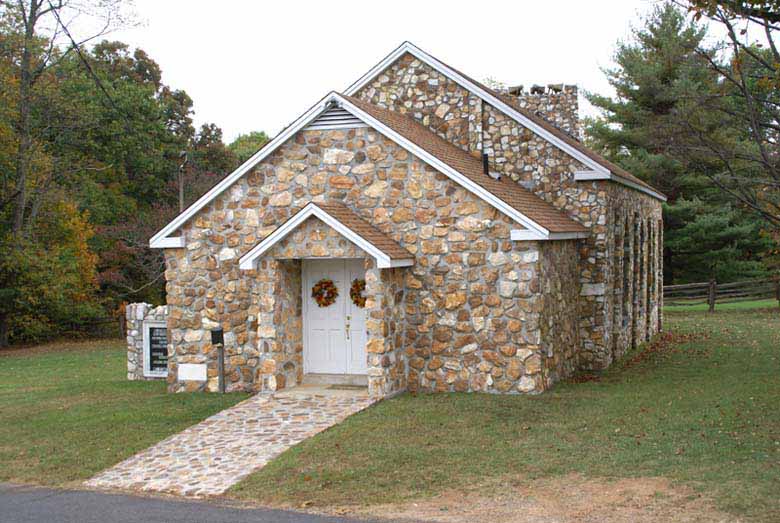 The Bluemont Presbyterian Church and Cemetery occupy two acres on the south side of the Blue Ridge Parkway in northern Patrick County. Bluemont Church is among the more modest in scale and design of the churches associated with Reverend Childress. In addition to the natural quartz and quartzite stone facing, the main character element of the church is the Gothic-style, semi-hexagonal bell tower on the north (rear) elevation. A white marble cornerstone reads, “Bluemont Presbyterian Church, 1919.”

Bluemont Church was built as a frame structure and was rock-faced shortly after Bob Childress assumed the pastorate there at the close of World War II. In 1918, the Abingdon Presbytery promised $500 for a church building, provided that worshipers would raise an equal amount. The church was organized in September 1920 with G. E. Willis as elder and James A. Vass as deacon. Granville “Ernest” Willis owned the first automobile in the region and traveled to Presbytery sessions in southwest Virginia and to Richmond to represent the Bluemont membership.

The Bluemont Church Cemetery, located just south of the church, is notable for its enclosure of coursed-stone pillars and its granite memorials.