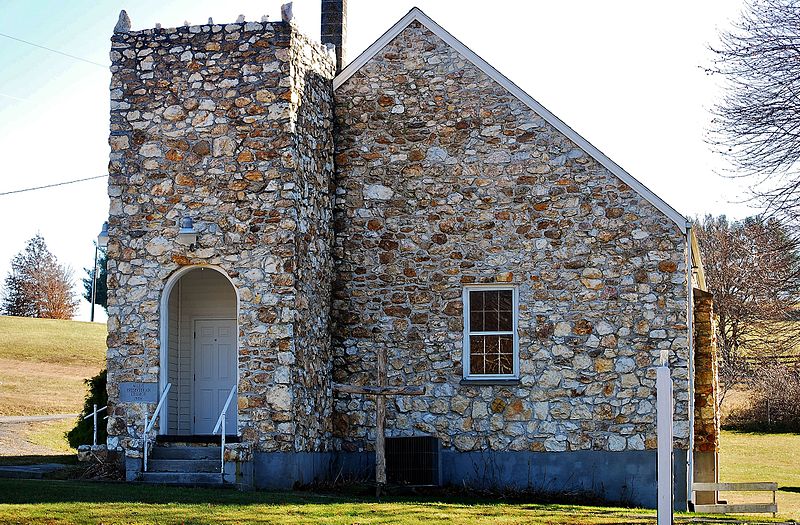 The Willis Presbyterian Church and associated cemetery are located in southwestern Floyd County, at more than 2,800 feet above sea level. Completed in 1954, it was the last of the rock churches to be constructed. From 1939 until 1953 Willis Presbyterian Church services were held in the Willis Bank building, which had ceased to be used as a bank during the Depression.

In 1953 church elder Troy Weeks reported that the building committee had contracted with Lyle Stanley to build the Willis church, with materials furnished by the congregation. The fieldstone facing came from many different nearby farms.

The Willis church cemetery contains the oldest graves of any of the rock-church cemeteries. Many gravestones date to the mid-19th century, a number of them hand-carved carved from local soapstone.